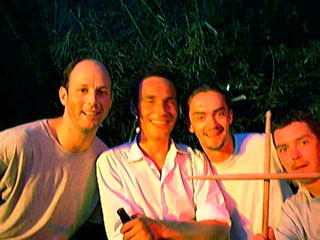 E.S.P played their first live-gig in 1988 and since then many other gigs
followed, headlining, or supporting bands like Jah Wobble's Invaders
and De Dijk.

Their contribution to the 'Beatles Coverfestival', playing songs from
'Revolver', was broadcasted on Dutch national radio/television and
they did a couple of live-shows on local radio.


E.S.P released three cassettes, a 7" vinyl e.p., a CD called 'Dub Division' and are now working on their next CD.